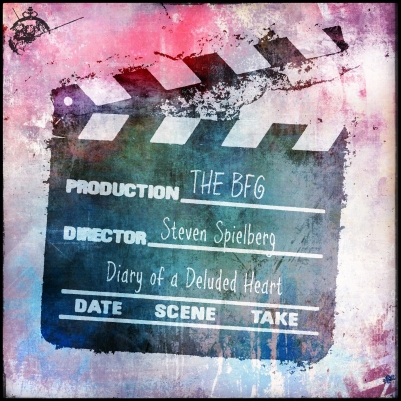 Ok so they aren’t my words exactly, but Natasha Bedingfield’s song served as a suitable (albeit random) surrogate…
Because I love you, you friendly sir.

So, what to say…? Shall I compare thee to a summer’s day?— No no, let’s deviate from Shakespeare. Thou shall not possess my pen! – Be gone with you *exit scene*

In complete departure from the aforementioned, I shall compare thee to a big squishy gummy bear… holding a whisk! For you made my heart go fluffy, whipped it up and served it back to me with a cherry on top.

I don’t know what it was about you, but you made me feel warm and fuzzy. You’re an ode to my old self: a nostalgic melody humming the tune of my youth. I grew up reading you, so this was a connection I connected to the film instantaneously, as it captured the spirit of the book entirely. It’s a rare thing, to have an adaptation retain so much heart; drumming to the same beat whilst adding a few strings of its own. And when it goes well, it’s a symphony!

It was as if the camera projected the visions in my minds eye when I was reading you all those years ago, except my mind is no match for Spielberg’s. His creative spark lit up the whole film as he brought a touch of magic to it unlike any other.

You are wholly wonder-fueled, wonder-filled, and absolutely wonderful!

The story of The Big Friendly Giant uncovers a secret keeping; a world adorned by the most out-of-this-world, technicoloured, magical imaginations; the type which casts its spell and puts you under a deep enchantment. Lucky for us, it’s of the good kind…

The movie however, has been given the breath of life by two counterparts; the author, and the director; one planted the seed, the other harvested it. One conceived the story, the other birthed it. One gave it heart, and the other cloaked it. Whatever flight of fancy you choose to accept for this world of fantasy, just picture this analogy:

A golden apple once fell from a golden tree, this apple telling the tale of the magical BFG. As it landed, it landed into our realm, the golden apple cracked, ditched at the helm. The single golden apple which was now two, split the tale from the vision, to a place no one knew. Out in the wilderness it waited for years, for their silent whispers to reach someone’s ears. Two heard the calling from distances far, picked up the pieces and crafted their art. One discovered by Dahl who began at the crease; he offered his voice and narrated this piece. The other found Spielberg who quickly did learn, to lend out his ears, and give eyes in return. And just like that, two became one; the apple was whole, the BFG was reborn. Unlike co-creators of differing visions, this was a perfect alliance of different ambitions; not a near match, not an almost fit, but the perfect harmony, like the tree fashioned it. And now these two genius’ have set their creation free. It’s fated to greatness, you must go and see! Give it a nice homecoming. Be dazzled. Be pliant. Go and be enchanted, by the Big Friendly Giant.

∞ T
Diary of a Deluded Heart

Serendipity Awaits… (things that I’m into) 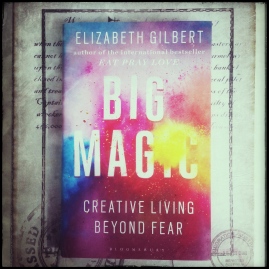 This book has serendipitously found its way to me, so it gets to jump the que and fill my head. This is going to be a good one ♡ #CreativeIntervention ✨

I was too excited to settle the “vinyl or cd?” conflict. So I got them both! ➰ Love is the Why. Savoretti is the love 🎶 #JackSavoretti #SleepNoMore 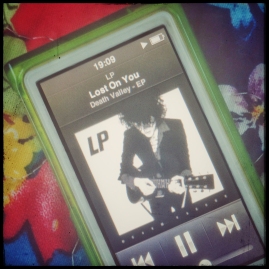 This book has been inscribed from the fountain of genius. I feel foolish singing its praise, because there’s nothing I could really say that would be right. It renders me speechless. That is all. In the words of Gibran himself, I have “seen the Unseen, and been filled.” ℑ ➵♡ #KahlilGibran #TheProphet 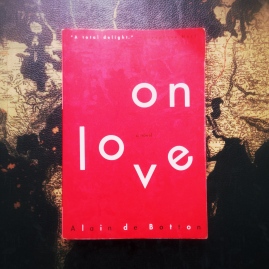 Ahh this block of genius! This book is so original, so refreshing and I absolutely love it in its entirety. I honestly wish I could somehow savour every single word – it’s so lyrical and written with such grace, I couldn’t sing its praises enough! I’m looking forward to reading it all over again… time and time again. Beautiful! ∞ #AlainDeBotton #OnLove ✨ 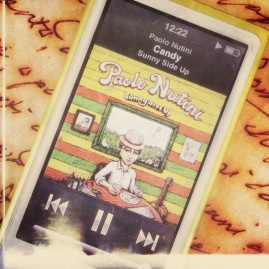 🎶 “I was perched outside in the pouring rain, trying to make myself a sail…” Oh Paolo. “Candy” is forever one of my favourites. So raw. So hypnotizing. Absolute Magic. Paolo Nutini doesn’t just make music, he creates silent roars of emotion in the heart of every listener (surely…?) His music seduces my mind on a daily, and I’d always give him 10/10. 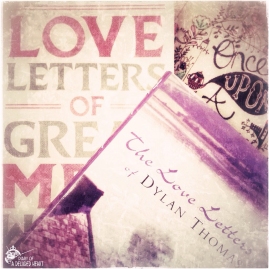 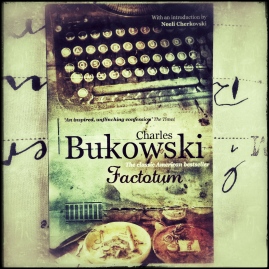 “There’s a time to kick the whole bloated sensation of art out on its wh*re-ass.” – this quote makes me chuckle. Next up, Bukowski! This ones been in waiting for ages #Excited 😁 #BettingOnTheMuse

I first heard the live version of his song #GoodToBeAlone during his show in Brighton, 2013. I was so obsessed with it that i stripped the song from the live recording (#SueMe) and iTunes playcount tells me that I’ve listened to it a total of 448 times since (#Yikes) Finally, last week saw the release of his long awaited debut album #Telluric which includes a studio version of this song. STOKED. The album’s groovy too, and unsurprisingly, nothing short of genius

♪ “My prayer, is to linger with you…” A retromantic sound of the past.. #obsessed #TheInkSpots #MyPrayer

I have it on *very* good authority that this is a good book. My mind is opened, and this book is about to be… 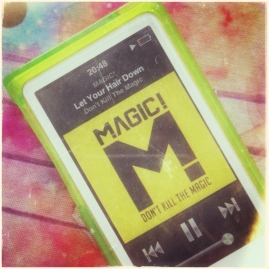 One of my flukiest music phases. This whole album came out of nowhere and has been my feel-good go-to since last year. So fun. So funky

The Script: A detriment to my bank account but happiness to my heart! My favourite songs are from the debut album #TheScript but the best collection of work is totally #ScienceAndFaith – I’ve lost my nut to that album too many times 🎶❤ #NewVinyls️ 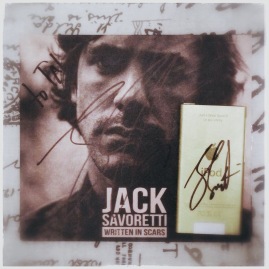 Well hello shiny new 12″ Vinyl 😍 – This guy is on a different level; his warm, rasping sultry voice is insane and I can’t sing his praises enough 🎶 this album is awesome👌🏼 Voice X lyrics X melody X delivery = B O O M I’ve said it before and I’ll say it again, it doesn’t get better than Jack Savoretti! #MusicForTheSoul #JackSavoretti #WrittenInScars #Bellissimo 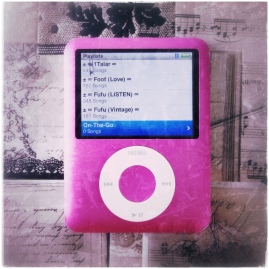 Just finished updating the BFF’s iPod, I’m the bestest bestfriend with impeccable taste in musica! I get such a thrill from sharing music 🎧🎶

My little cutie-patootie mandolin! It’s so small!! Now all I need is an instructor… preferably a really, really fit one. (Or in the words of Joey Tribbiani, instructor wanted: “Non-smoker, Non-ugly.” 😂) 👉🎸🎶👌

The mountain of books I’m currently juggling (and this is only my night read options!) #OhLaLa 📚 🙄 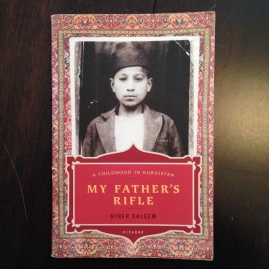 Walked into a random bookstore in Notting Hill & found this! How very serendipitous 😊 #Kurdish #Books

There must be magic in their voices..” ✨ New buys. Old records. Happy bunny 🐰🎶

#RecordStoreDay 🎶 & and I’ve got Paolo on Play ▶️ (on the hottest turntable in history! #Vinyl #PaoloNutini #LetMeDownEasy

Latest addition to the collection – Original 1940’s Argus C3. This sh!t gets me so excited 📷